I have been a certified image consultant for over two (2) years now. Ever since I started in the Image Consulting Industry, not one day has passed where I have not been asked: “What’s an image consultant, or what exactly does your job entail?” In hopes to tone down the number of times I am asked this, and to help inform others who are curious about the job or industry, I wanted to explain what image is, why image/appearance and personal style is essential, and detail what a certified image consultants job entails. I hope you enjoy the read!

In today’s society, more and more people are becoming conscious of their image and appearance. Parade magazine published the results of a national survey of men and women aged 18 to 75 that found 84 percent disagreed with the statement “When you become older, looks are no longer important.” However, while physical appearance is a big part of an image, there is more to an image than just looks.

To understand that there is more to an image than looks, we must first understand what exactly image is. Merriam-Webster’s Dictionary defines the image as a “mental conception” of a person or organization. More simply put, an image is a belief we as individuals have towards someone or something. Our beliefs stem from meeting someone new, as well as the reputation of a business or individual that has developed over time.

Our impression about another individual may be based on how they look, talk, or behave. The overall image of a person may consist of a variety of factors such as clothing, grooming, body language, vocabulary, facial expressions, eye contact, and social interaction/behaviors (also known as etiquette).

Just as individuals have an image, businesses do as well. There are many factors involved when developing a company’s image. For example, we may start to form impressions and opinions about a particular business or organization when visiting their brick and mortar location or speak with a customer service representative. However, why exactly does image matter?

Why does image matter? Our image is critical because we often make assumptions about others based on limited information. The book Social Psychology written by Andrew Michener, John D. Delamater, and Daniel J. Myers explains that when we observe a single characteristic or behavior in someone, we tend to assume that person has some other qualities as well. For example, a person may be perceived as confident merely because they have a firm handshake. They may be viewed as trustworthy because they make eye contact when talking to others. They may be judged as capable, professional, successful – even wealthy and intelligent – because they are well dressed. The reverse is also true. Now that you know what image is and why it matters, we will move-on to image in the corporate world.

For corporations and small businesses, their image can affect the financial bottom line. Fortune magazine’s annual rankings of most admired companies have found a correlation between a companies reputation and its profits. To no surprise, the most respected companies on the list had higher financial returns than the companies that were least admired. Below is a list of benefits for businesses that have an excellent reputation:

If a company or business does not have as good of a reputation that it could have, they may be losing out on some of the benefits that are listed above. As you might have already guessed, a poor self-image can be costly and painful! Both individuals and companies can experience tremendous profits by improving their image. This is precisely why more and more people are turning to professional image consultants for help!

An image consultant is a professional who advises individuals and corporations about their image. However, what does an Image Consultant do correctly? According to AICI (The Association of Image Consultants International) which is the world’s most prestigious organization for personal and professional image consultants, says “An Image Consultant specializes in visual appearance, verbal and non-verbal communication.” AICI goes on further explain by stating “An Image Consultant counsels individuals and corporate clients on appearance, behavior, and communication skills through individual consultations, coaching, presentations, seminars, and workshops.” While consulting and coaching may seem similar, consulting involves giving advice about what to do, or doing something for a client (e.g., organizing their closet, or personal shopping), while coaching involves teaching or working with a client while they learn a new skill. Many Image Consultants provide both consulting and coaching.

Image consultants may also get hired by corporations or organizations to consult with individual staff members. For example, a business might hire an image consultant to help a newly promoted supervisor learn how to command respect and project executive presence through effective verbal and non-verbal communication; or to coach a senior executive on how to make a good impression during a television interview. Many corporations also hire image consultants to provide training programs to groups of staff members as well.

Nowadays more, and more people are turning to Image Consultants to help better their professional career. When someone comments, “I don’t think I can hire an Image Consultant. They are expensive.” Yes, that is true but I think the better question you should be asking yourself is, “Can you afford not to hire one?” 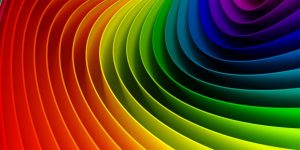 How To Style Yourself With Color 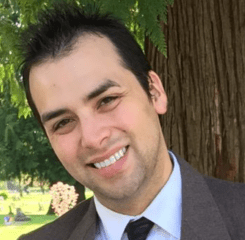